Finnerty at Clans of Ireland

consideration on the merit of their ancestry, and not their own individual worth, resemble a hill of potatoes, -

the best portion is underground."

Since ancient documents only recorded facts about Kings, Lords, Saints, &etc. it is impossible to research ancient ancestors who were"common men and women." We are proud of our heritage, however, we do not wish to give the impression of rude "boasting."

Having said that, we should proceed without any guilt and read about our ancestors who, in fact, were Saints, Kings, Lords, assassains, reivers, soldiers, heros and martyrs: they controlled monasteries, owned castles & forts, and fought great battles.

Their history is our own personal Lord of the Rings.

Warmest Wishes to You

Variants of Finnsneachta, Fionnachta, Fiannacta, Finacta, & Findchadha.  In the Annals it was often prefixed with the "O" or "Ui" meaning grandson or descendant of: but never with the "Mc" or "Mac" meaning son of.

Most antiquarians express the belief that the name derives from the Celtic words "finn" or "fionn" meaning white or fair, and snea which meant snow in both Celt and Germanic languages. The name is a bit more complicated as several persons receiving the name were born or christened at the time of a recorded, great "blood" or "wine" snow. Other places/persons so named were martyred and the placenames applied to the martyr's blood in the snow at the place of their murder.

Persons of the Finnerty name can be found in the genealogies of all the great families of Ireland because surnames in Ireland did not become popular until King Brian Boru's reign probably after 975 AD.

In the history of our clan all forms of the name Fionnachta, Finnachta, Finnacta and Finaghty  and even Findchada were used.   After the Anglo-Norman occupation of Ireland these names became Finaghty, Fenaghty,  Finerty, Fenerty, Finnerty, Fenoughty, Finachta, O'Finerty &etc.  The only family that I have known to preserve the ancient name are the Fiannactas of North Kerry of whom the Reverend Monsignor Padraic O'Fiannacta is a well known author and professor of the Gaelic language and presently [2014] is living as a priest in Dingle, Kerry.  [see links to Msgnr O'Fiannacta]

Finnerty is the most prevalent form in use today  & therefore for efficiency Finnerty will be used when discussing ancient documents, or the "Clan In General." I hope it is understood that as used on this website "Finnerty" pertains to all forms of our family name and therefore realize other variations of the name are no less important. 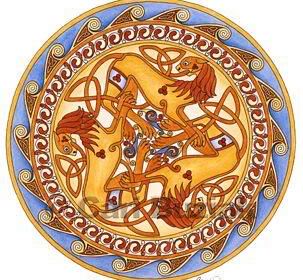 We have two sections where members can participate and provide input. These are  the PHOTO, FORUM and BLOG sections which you will find in the tool bar overhead.

There are LINKS on the overhead toolbar which will take you to informative web sites which feature: Celtic Art, Coats of Arms, Finnerty genealogy forums,  Ancient Irish Texts, Irish Gaelic Language, Translation and Ogham.

ALSO: Richard Finnerty who is presently [2012] the O'Finnerty Cennaire, has been researching our surname history for nineteen years and has provided a small amount of his research in the sections noted on the above toolbar as:  FINNERTY SAINTS, FINNERTYS IN HISTORY, FINNERTY MONARCHS, FINNERTY COATS OF ARMS, and FIONNACHTA FABLES &etc.

I hope to provide more of my research information in the future and possibly a newsletter.

Saint Patrick baptized the son of a Finnerty king in Leinster shortly after his arrival in Ireland.The son Sinell later became a Saint.

There are historical records of many Finnertys in the Irish Annals, however many Finnertys today have not been able to identify with a clan named Finnerty.  This is often because family surnames had not been established before 1,000 A.D when many Finnerty ancestors flourished.

Information on this site will allow some Finnertys to find their lost clan by associating with the tribe [siol, muinter, cinel] of  a well documented family with a Finnerty ancestor in their pedigree.  For example: present day Finnertys from certain locales can be matched to other sunames associated with that locale if those families have documented Finnerty ancestors in their family genealogies.  It is fairly certain a powerful Finnerty ancestor would be the progenitor of a clan which took his name and the clan may have later been lost to history as they fell from power, most often to a brother or cousin whose given name then became the family name for his duration as leader.  This is discussed in more detail in the Coats of Arms section [overhead toolbar].

A Finnerty of Mayo and Sligo was of the same stock as the O'Gara & O'Hara clans and he descended from Ollioll Ollum a reknown Munster King. This lends credibility to the possibility that the Finnertys of that region may be descended from this Finnerty.

Finnertys were kings or sons of kings of the ancient kingdoms of Ossory, Orgiall, and Uladh.

There were many clans of Finnertys in Leinster who can trace their lineage to the royal ancestors of O'Toole, Kavanagh &

MacMurrogh, or the Ryan clan of Idrone & the Casey clan of Cork.

The links on the overhead panel will take you to some of the Finnerty history extracted from many of the Books and various Annals. More ancestral data will be added later, possibly the family trees of the various families.

When you are ready to find your Finnerty Clan clik on the overhead panel entitled "All Finnacta Names" to find all the Finnertys discovered in the various Annals and who had recorded ancestral tracts.  That is, recorded back to Adam or forward to the descendant or clan that sprang from their offspring.  You will most likely find an ancient Finnerty in the part of Ireland where your ancestors live or lived.

IF THIS INTERESTS YOU, PLEASE GO TO THE OVERHEAD TOOLBAR TO ACCESS OUR SUB-SITES 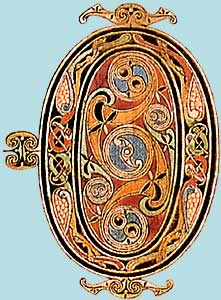